New to GWT 2.5 is fragment merging. We gave the code splitter the ability to automatically merge multiple exclusive fragments into a single fragment. 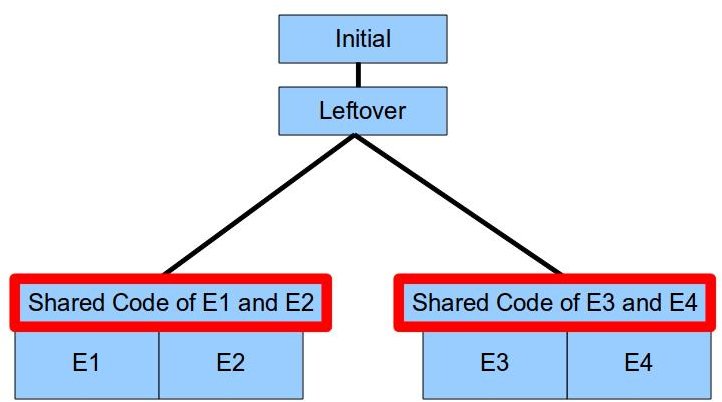 This diagram shows the situation after the compiler realized that E1 and E2 share enough code and automatically bundled those two split points into a single fragment, effectively pulling the shared code out of the leftovers fragment. When the application needs either E1 or E2, it downloads the whole bundle. Not only does this decrease the leftovers fragment’s size, it also decreases the total number of HTTP requests in a user session, assuming that many fragments will eventually be needed.

To enable this feature, simply add -XfragmentCount x to the GWT compiler command line and the code splitter will try to limit the number of exclusive fragments to x. Here, x is the lower bound on the number of exclusive fragments. The actual number might be greater than x when the compiler decides it might not be beneficial to merge as many split points as suggested.